Here we go again, I can’t help myself but every time I’m at an airport I think of those thousands of people converging from all over the world and the different reasons behind their presence at that moment : business, leisure, family, medical or simply transit…

So I watch these bustling activities around me but…with the eyes of a 17th century man, yes a man not a woman. I suppose the reason behind this “gender swapping “ outlook is that unlike nowadays, women were a minority at the traveling stations. Seeing them now equal in number to men, moving freely and easily, is in fact :

-a way of recognizing these drastic changes and the updated demographic dynamics in the passengers’ hubs, and

-appreciating the advance in technology that reshaped the travel industry..

So airports have this scene-from-a-science-fiction-movie effect on me, something I’ve never felt when I watched mankind’s greatest leap in the transportation field : Apollo 11 landing on the moon! I know some would raise their eyebrows in disagreement but when this milestone was broadcasted live on television, I was too young and wasn’t among the 500 millions who followed – avidly or skeptically- Armstrong’s first steps on the moon..I missed the real deal, I missed the buzz…

Back to the airports, the millions of people are not watching the action, they are the action, we are part of the same scene that’s being replicated at the same time, at different airports around the world.

Jules Verne comes to my mind too…“Around the world in 80 days”?! We are way past that😉

Hence, for the person that I am, cursed or blessed with the wanderlust bug, I am definitely living in the right century: the easiness and speed in moving from place to place and the comfort we enjoy on board nowadays never fail to amaze me. It’s not the Titanic or Orient Express kind of luxury, but it’s definitely the one that appeals to me: massage before and during the flight, bespoke meals concocted by an inflight chef, a flat bed with crispy white linen, pyjamas and a pair of slippers for an unparalleled comfort, a bathroom bigger than my guest toilet in my birth country with the possibility to book a hot shower🚿(timed but 👌) a lounge bar and a praying area. Well, that’s Etihad Airways for you and I’m certainly a fan.

No WIFI in the rooms!

After surviving three days of splitting headaches and a state of constant lethargy I discovered I can live without my morning dose of caffeine and WhatsApp!

All in all I got a taste of hell and heaven, a heaven minus Adam 😉 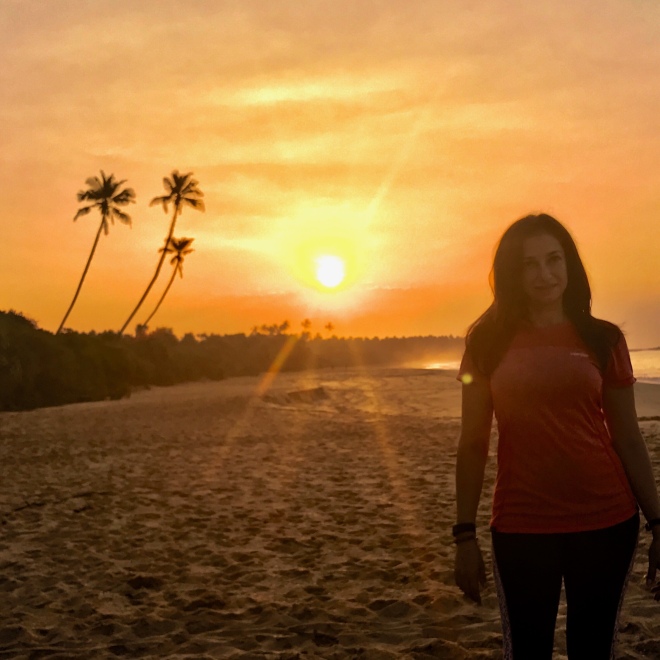 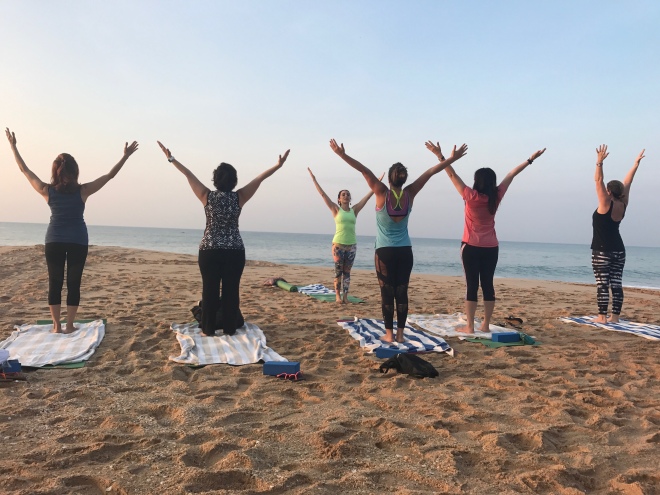 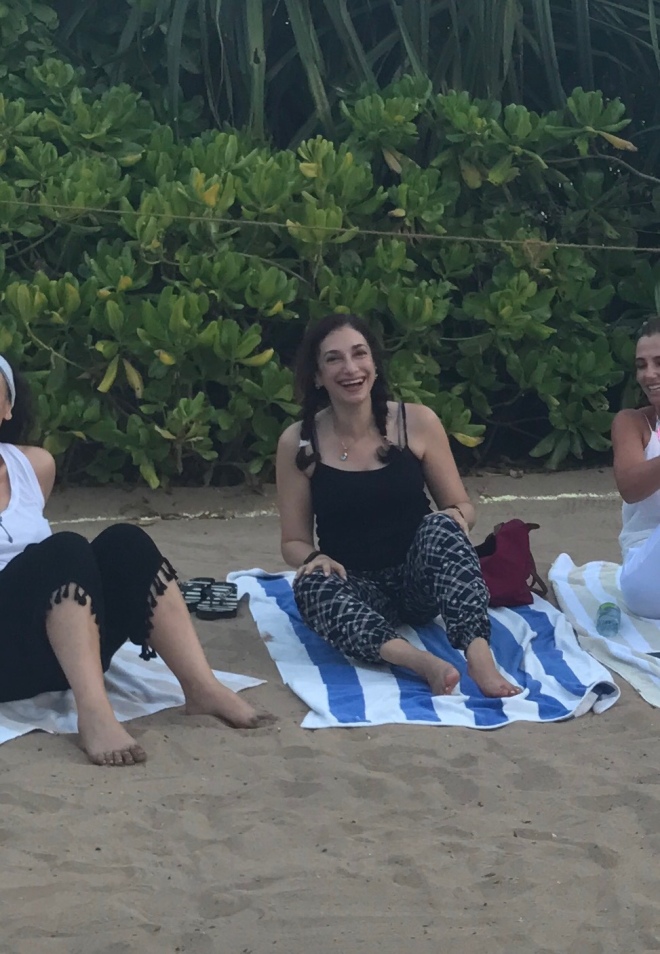 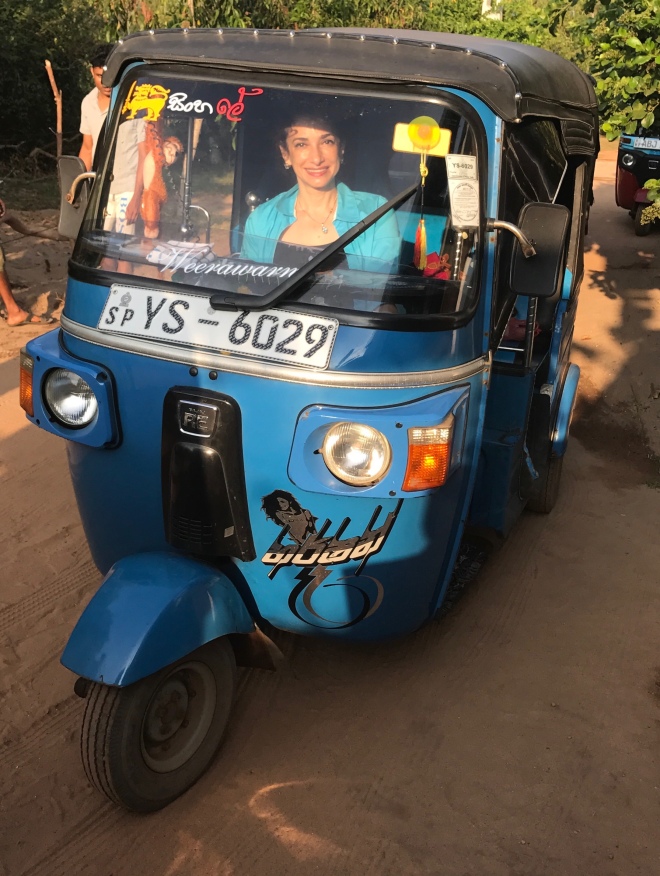 Without a single doubt, the family holiday in Morocco was rightfully the journey of many discoveries, the journey of new experiences. Thus, when this extraordinary adventure is mentioned, understandably it is Nostalgia Time ❤️.

First of all, throughout the whole visit, I felt a strong pull, an urge to go again, even to stay there…I was so infatuated by this true “Realm of the Senses” that I expressed my wish to retire in this vibrant, colourful, magical, sensual country…and that comment triggered the condescending hilarity of my two daughters: “mom you don’t work so what’s this retirement statement you just came up with😂?!” Yes, I admit I don’t have a day job but we live in a country where expats consist of around 80% of the population: retirement and relocating are two popular subjects of discussion  😌🤷🏻‍♀️

Secondly, the warmth of its people… “Once upon a time” in Marrakech we went to a cafe and there was no empty table to accommodate our crew of 7. While the hubby, daughters and son-in-law were crammed – children on laps – on the only available one, I invited myself on the vacant chair on the neighbours’ table. Super friendly, they welcomed me and skipped a crucial detail : “my” seat overlooking the Jemaa el-Fna Square belonged to someone … “Someone” made her way back from the ladies’ room while the waiter was ushering us to our now ready table on the other side of my new friends’. Despite the astonishment of my family, the “neighbours” refused to let me go, an extra chair was quickly added for “Someone ” and I was happy to oblige the 2 hospitable Moroccan couples: the older one live in Marrakech and by chance, met today the younger couple visiting from France. Yes, we exchanged phone numbers because they too wanted the photo souvenir of this lovely interlude where we cannot fail to notice hubby, daughters and son-in-law succeeding in their efforts to be in the picture despite their initial reluctance to let me overstay with the neighbours du jour.

Lastly: we were introduced to a few Moroccan specials, all starting with the letter H… While I ❤️ the Harira soup and the Hamam, I found one H quite overrated..I mean the Harissa of course😉Well, I shouldn’t be writing about the “other” 🤫🤭..

I can finally explain my infatuation with the place : DNA! lately it came to my knowledge that according to a recent research – which corroborated previous psychologists’ theories, most famously Carl Jung – genetic memories may be passed down through generations via DNA and that may be the underlying cause of irrational phobia : mice passed on learned information about stressful experiences to subsequent generations as related to an ancestor’s.

Eureka 💡! In my humble opinion, the result of the study should also apply for happy experiences 🤷🏻‍♀️🤔😉I’ve always known my family lineage traced back to Morocco (but that never occurred to me during the whole stay ). Thus this study clearly justifies the spell I fell under throughout the entire sojourn 🤔😍☺️😊 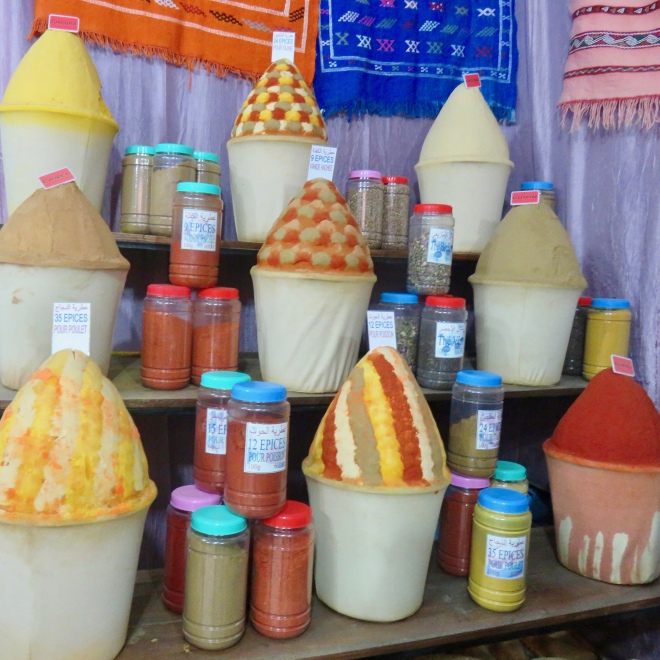 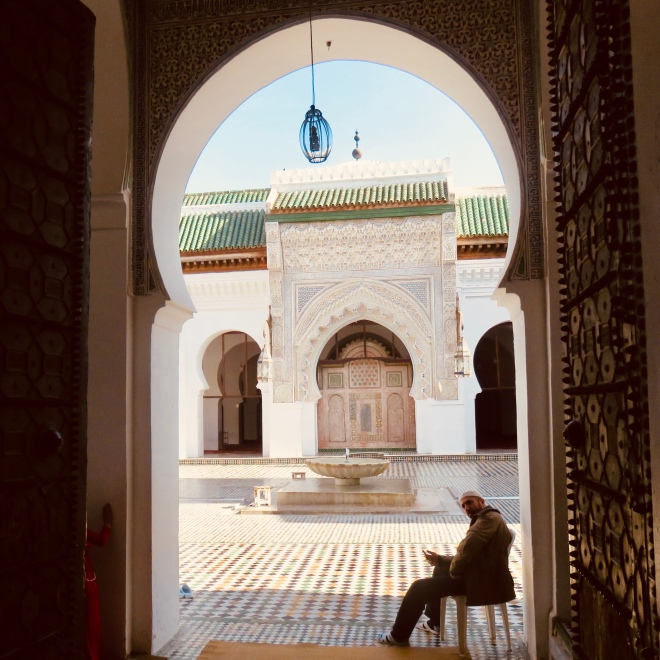 It was late afternoon when we reached Venice. Despite my son’s fervent advice, we got around the “Gritti or Danieli “ dilemma by choosing the latter,closer to Piazza San Marco. 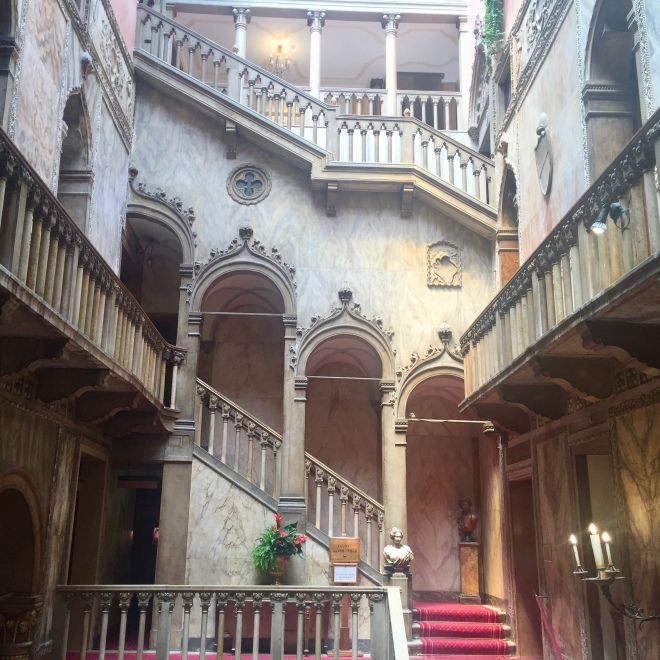 With the check-in routine done, it was time for “Mission: Discovery “. The moment I set my eyes on the piazza, I was so moved I was petrified. Gripped by a powerful emotion, I grasped my husband’s arm, unable to speak, unable to walk… I was mesmerized!! I was suddenly like one of the multiple columns that frame the piazza.

No city has ever had such an impact on me. There was something special in the air, the esthetics of the piazza? Its history? A combination of both?…I felt it strongly and I’m certain I embarrassed the hubby, clinging on to him in the center of the quasi-empty piazza for a good couple of minutes.

I only realized the next day, once I saw it swarming with legions of tourists – mostly disembarking from the cruise ships🙈🙈🙈- how fortunate I was to discover it the day before… 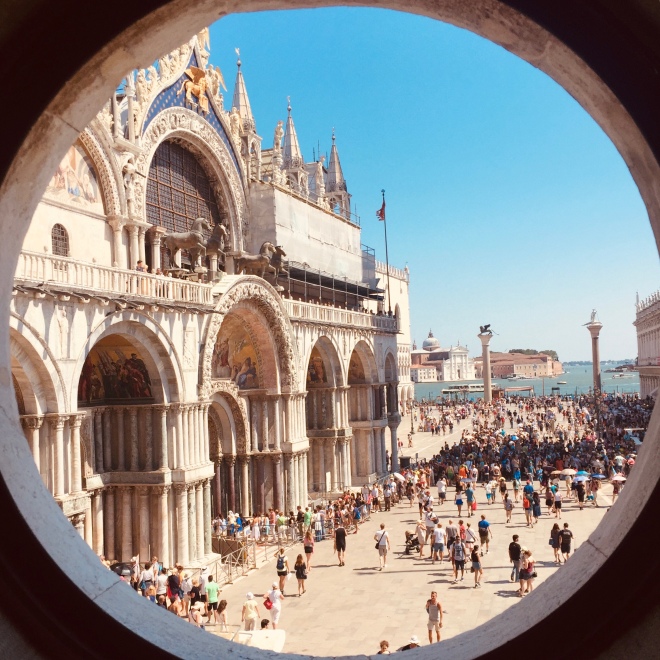 I recently read an article which explained the emotions I felt in the Piazza that day … it is common between tourists, and has a name: Stendhal syndrome!“Stendhal’s syndrome, hyperkulturemia, or Florence syndrome is a psychosomatic disorder that causes rapid heartbeat, dizziness, fainting, confusion and even hallucinations when an individual is exposed to an experience of great personal significance, particularly viewing art. It is not listed as a recognised condition in the Diagnostic and Statistical Manual of Mental Disorders.The illness is associated with the French author Stendhal who described his experience with the phenomenon during his 1817 visit to Florence. It was only named in 1979, when the Italian psychiatrist Graziella Magherini observed more than 100 similar cases among tourists and visitors in Florence”

Although psychiatrists have long debated whether it really exists, its effects on some sufferers are serious enough for them to require treatment in hospital. The staff at Florence’s Santa Maria Nuova Hospital are accustomed to dealing with tourists suffering from dizzy spells and disorientation after admiring the statue of David, the masterpieces of the Uffizi Gallery and other treasures of the Tuscan city. 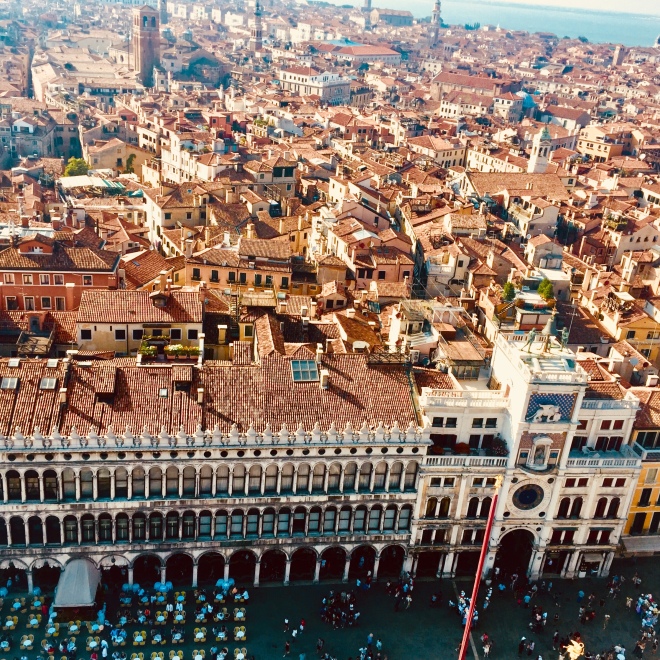 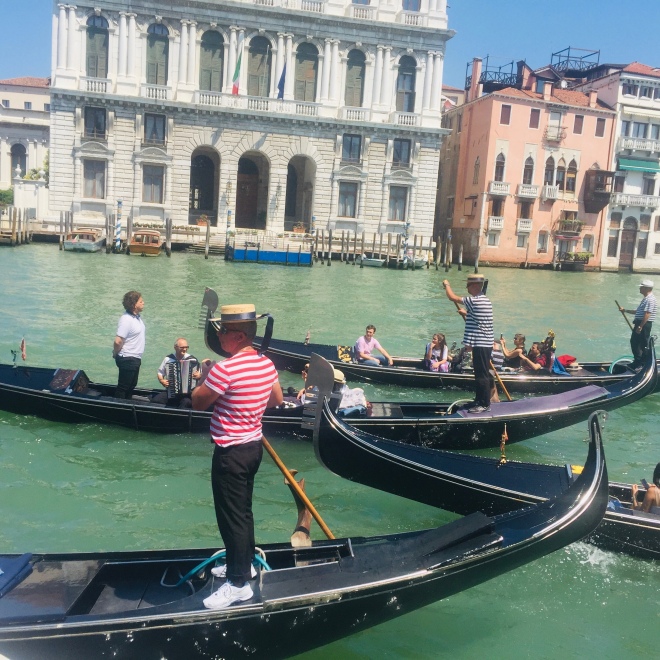 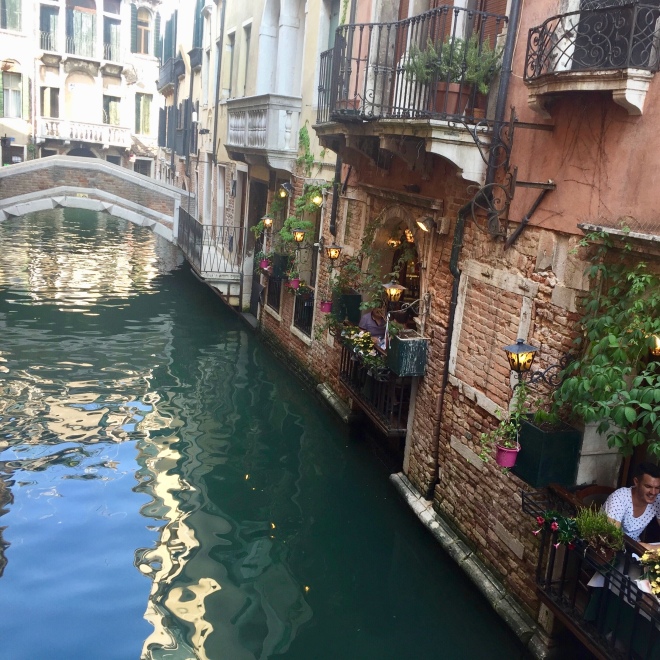 Off the Riviera Maya, while snorkelling in the waters of the second largest coral reef between the “butterflies of the oceans” – stingrays – I felt overwhelmed by a feeling of sadness triggered by the following thought… I realised I ❤️ all creatures except the Homo Sapiens found in my birth country: the rulers and those electing them…the greedy and corrupt as well as the ignorants and bigots who put them in power…

The maligned animals of prey hunt out of hunger, ONLY…if they were to duplicate those Homo Sapiens’ greedy and auto-destructive behaviour, many species would have been extinct by now…

After reflection, I realised I didn’t feel that way during the previous encounters with the animals in their natural habitat…

On the contrary, I had some of the most exhilarating experiences while scuba diving in the beautiful Great Barrier Reef 🇦🇺 ( crossed paths with a white tip shark 🦈 ) 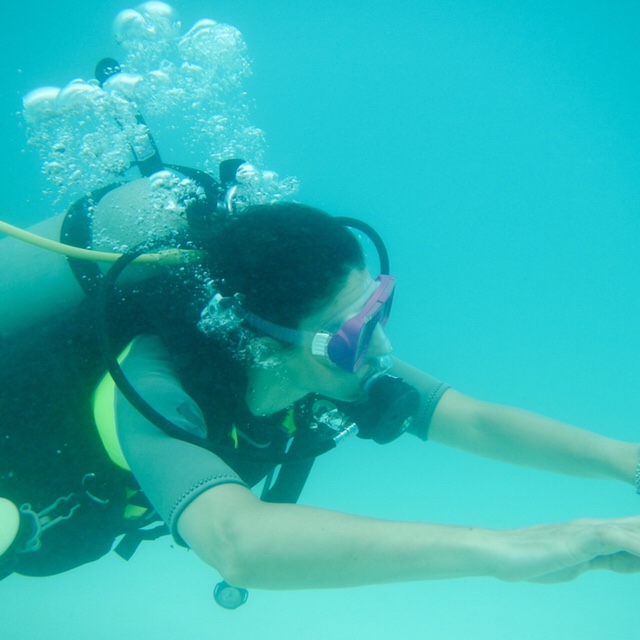 in the Maldives 🇲🇻

and in Sharm El Sheikh 🇪🇬…

Ditto on terra firma during our safari in South Africa 🇿🇦 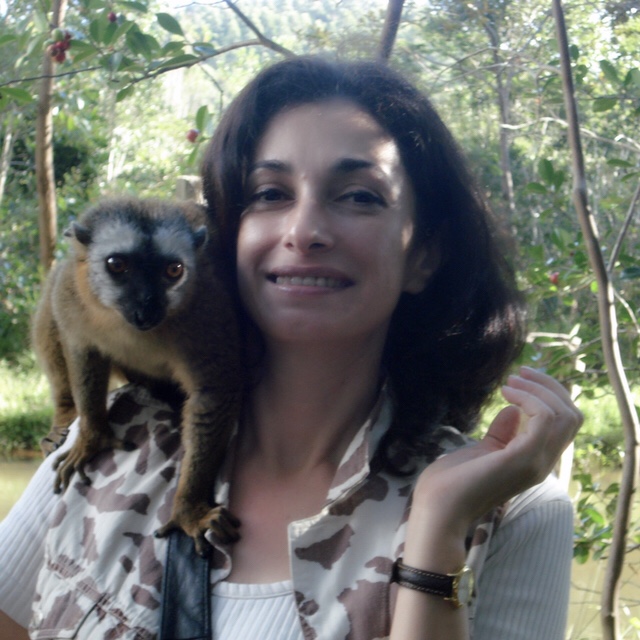 and again in the Andes mountains in Peru’s Alto Plano 🇵🇪

This is the most romantic story I know; after so many years, it still has the same effect on me whenever I read it: silent tears, and if I’m reading it to someone else I pause towards the end, unable to continue for a few seconds, provoking an unpremeditated suspense🤷🏻‍♀

“It was in a glittering New York salon that Miss Hayes, still rather shy, met Mr. MacArthur. In her best-selling 1990 autobiography, “My Life in Three Acts,” written with Katherine Hatch, she recalled: “I picked up a glass of sherry to fit in and retreated to a secluded niche. Twenty minutes later, a good-looking fellow with curly brown hair and sparkling green eyes came over, maybe because he felt sorry for me sitting there all alone. He held out a small paper bag. ‘Wanna peanut?’ he asked. ‘Thanks,’ I said. He poured a few in my hand and said, ‘I wish they were emeralds.’ Right then and there I fell in love.”

…In 1945 (after 17 years of marriage,) returning from a sojourn in India, he dropped a sack of emeralds in her lap and said, “I wish they were peanuts.”

The original love gesture, the blasé attitude with the poignancy of his remark stirred in me, when I first read this story, a mixture of emotions and a sense of overwhelming helplessness caused by a scary insidious thought: I might one day feel I wish I can be back in time…a fatal combination knowing I loath regrets and dread the feeling of not being in control of my personal life, decisions, choices…

Only recently, when looking at two pictures taken while on a cruise in San Francisco, I’ve realized my fears weren’t founded and that after all I’ve succeeded and passed the dreaded test; I don’t wish to be back in time! I see here centimeters apart, the photo of a 27 year old young woman and that of a 51 year old young woman with achievements. I’m where I want to be, I’ve a lot to be thankful for,and if I were back in time, my bucket list of the “places to see” would be mostly untouched, I would still be struggling with the children’s homework, birthday parties, orthodontists’ appointments, I wouldn’t know how my babies have turned out to be as adults…I would certainly miss the joy of having the grandkids around in my life!