Without a single doubt, the family holiday in Morocco was rightfully the journey of many discoveries, the journey of new experiences. Thus, when this extraordinary adventure is mentioned, understandably it is Nostalgia Time. 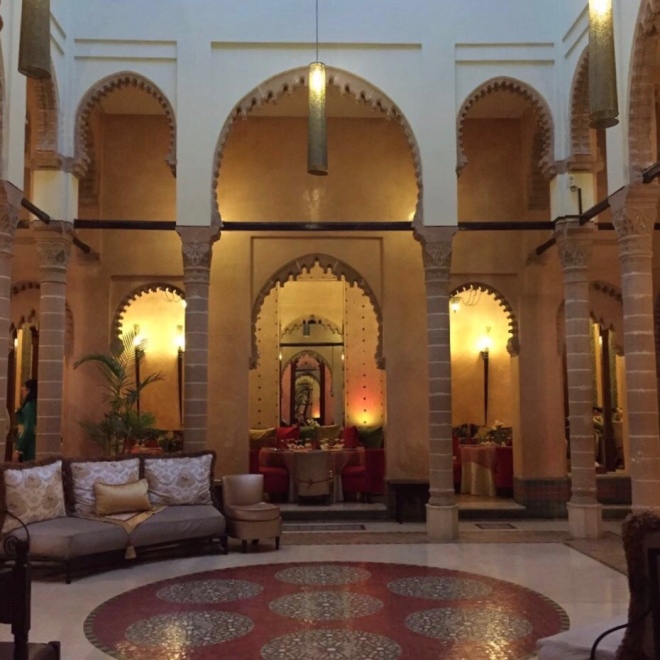 First of all, throughout the whole visit, I felt a strong pull, an urge to go again, even to stay there…I was so infatuated by this true “Realm of the Senses” that I expressed my wish to retire in this vibrant, colourful, magical, sensual country…and that comment triggered the condescending hilarity of my two daughters: “mom you don’t work so what’s this retirement statement you just came up with ?!” Yes, I admit I don’t have a day job but we live in a country where expats consist of around 80% of the population: retirement and relocating are two popular subjects of discussion. 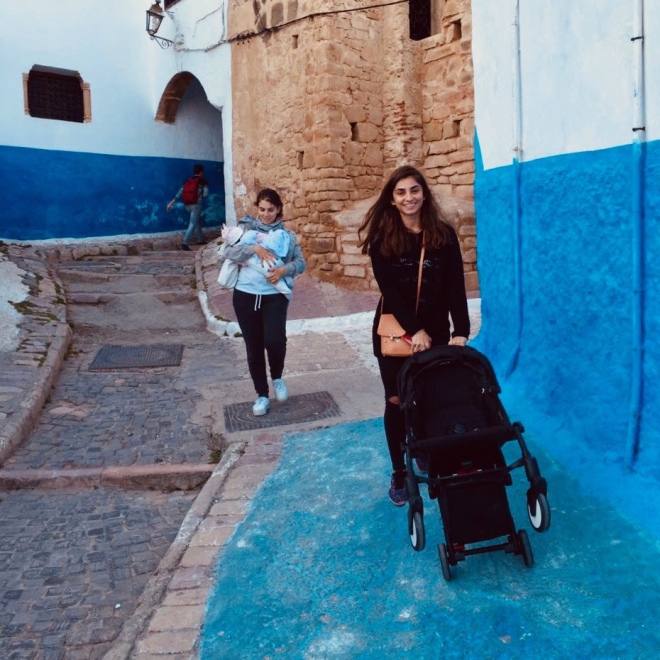 Secondly, the warmth of its people… “Once upon a time” in Marrakech we went to a cafe and there was no empty table to accommodate our crew of 7. While the hubby, daughters and son-in-law were crammed – children on laps – on the only available one, I invited myself on the vacant chair on the neighbours’ table. Super friendly, they welcomed me and skipped a crucial detail : “my” seat overlooking the Jemaa el-Fna Square belonged to someone … “Someone” made her way back from the ladies’ room while the waiter was ushering us to our now ready table on the other side of my new friends’. Despite the astonishment of my family, the “neighbours” refused to let me go, an extra chair was quickly added for “Someone ” and I was happy to oblige the 2 hospitable Moroccan couples: the older one live in Marrakech and by chance, met today the younger couple visiting from France. Yes, we exchanged phone numbers because they too wanted the photo souvenir of this lovely interlude where we cannot fail to notice hubby, daughters and son-in-law succeeding in their efforts to be in the picture despite their initial reluctance to let me overstay with the neighbours du jour.

Lastly: we were introduced to a few Moroccan specials, all starting with the letter H… While I loved the Harira soup and the Hamam, I found one H quite overrated..I mean the Harissa of course.Well, I shouldn’t be writing about the “other” ..

I can finally explain my infatuation with the place : DNA! lately it came to my knowledge that according to a recent research – which corroborated previous psychologists’ theories, most famously Carl Jung – genetic memories may be passed down through generations via DNA and that may be the underlying cause of irrational phobia : mice passed on learned information about stressful experiences to subsequent generations as related to an ancestor’s.

Eureka! In my humble opinion, the result of the study should also apply for happy experiences. I’ve always known my family lineage traced back to Morocco (but that never occurred to me during the whole stay ). Thus this study clearly justifies the spell I fell under throughout the entire sojourn. 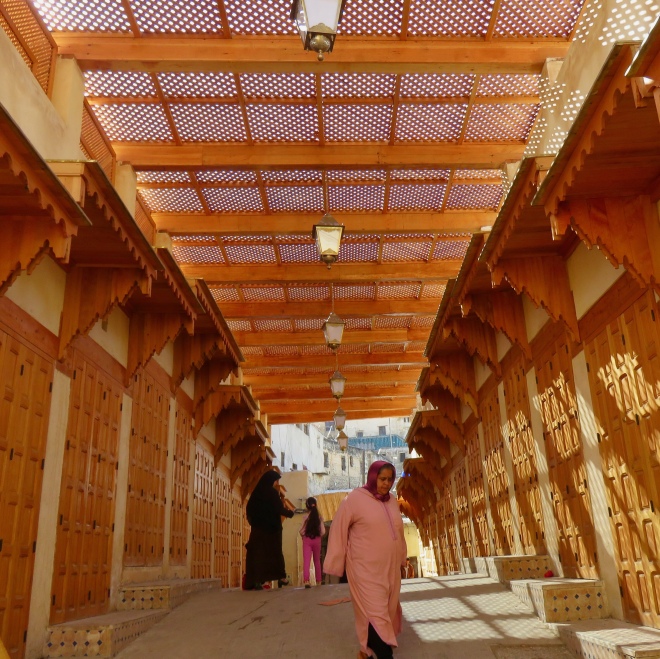 2 thoughts on “In the Realm of the Senses”