In almost every single town we visited, the streets were abuzz with some kind of event. 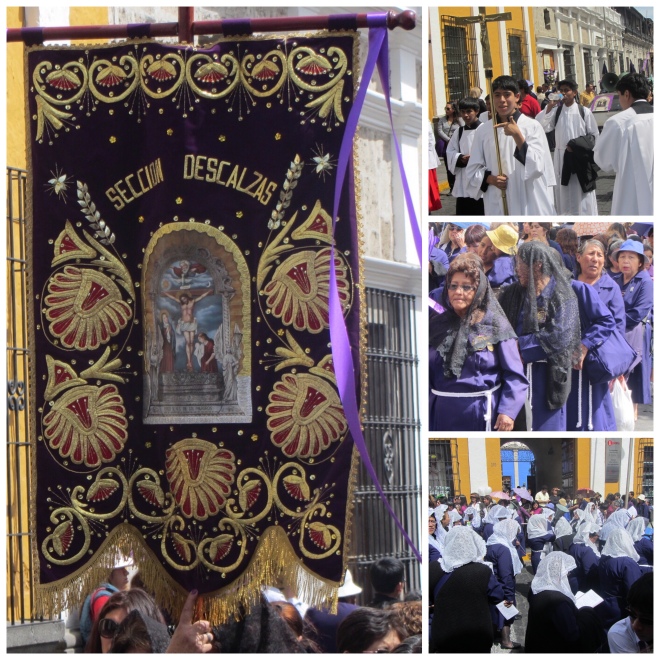 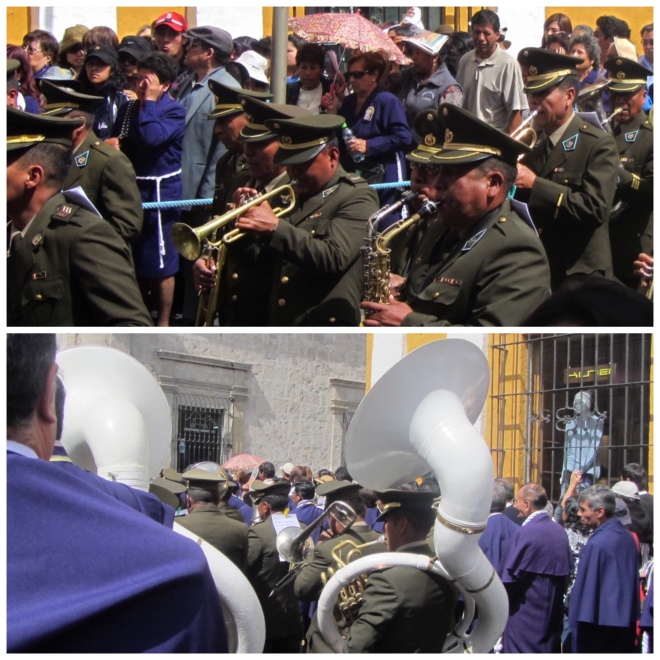 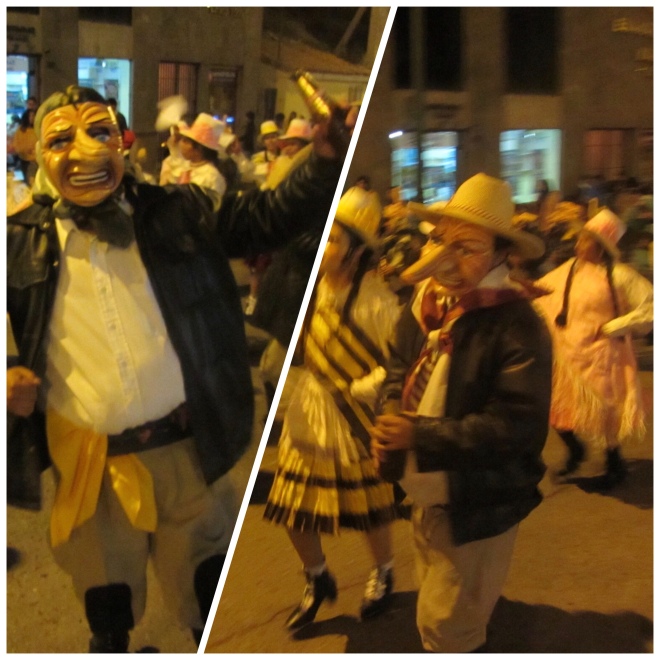 30 kms from Huancayo and about 40 minutes drive, our afternoon visit to the Convent of Santa Rosa de Ocopa was delayed because we came across a procession we couldn’t bypass … and then the procession and our big bus were slowed down due to the closure of some roads in order not to damage the flower carpets that have been laid for the occasion on the tarmac of some streets. The sand carpet in the photo was at the entrance of the Convent. 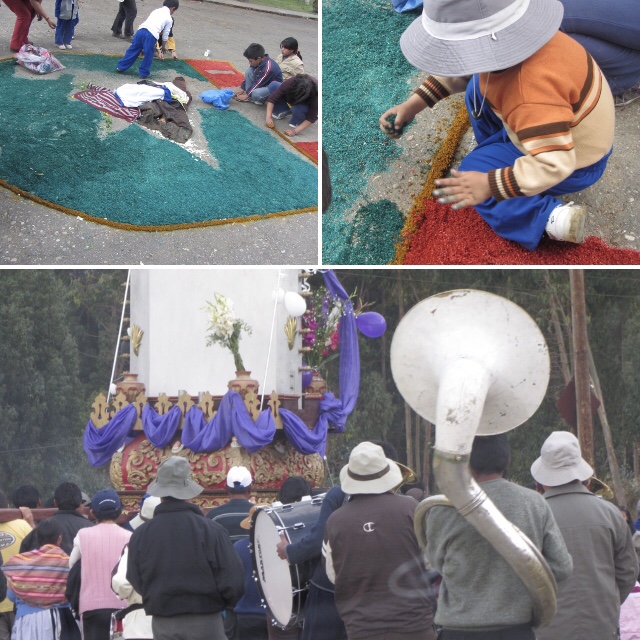 Lima – 31 October: national day of the “Canción Criolla” (Native Song) is celebrated with native waltzes, polkas, Creole music; for us it was another celebration, the last celebration but I didn’t take any photo…well, it was our last day, we arrived to the capital city towards the end of the day after a 10 hours train journey. I was tired, running out of space on my camera’s memory card, running out of time before dinner, and practically running to cross the piazza where our bus was waiting for us. All these reasons and another factor, I call it “BTFAW” – Been There For A While – having been accustomed now to all these streets happenings, we tend to get selective regarding the scenes worth shooting and so refrain from rushing with the camera at each single flash of colour or every sound of music…